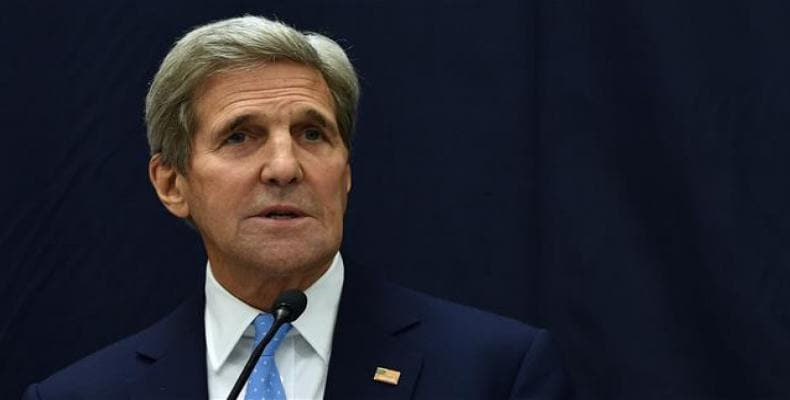 U.S. officials said that Iran's role in solving the five-year conflict in Syria that has claimed the lives of thousands of people was also discussed during the meeting between Zarif and Kerry.

Before the meeting, Zarif said he would call on the U.S. to ease restrictions on non-U.S. banks doing business with Iran.

Iran has so far only received about five percent of its frozen assets since it reached a historic nuclear agreement with the P5+1 group of countries in July.  Iranian officials have complained that the U.S. is not fulfilling its part of the nuclear agreement, criticizing Washington for refusing to grant it access to the global financial system.  Tehran says such access is one of the goals of the nuclear deal, and has urged Washington to stop preventing non-American banks from dealing with Iran.