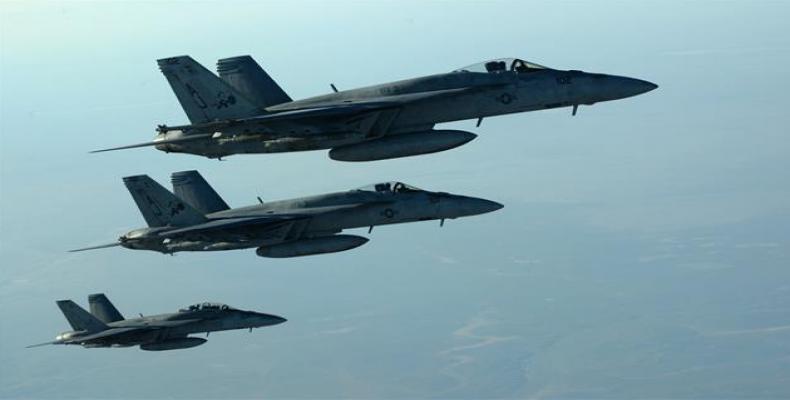 Washington, June 10 (RHC)-- At least 30 civilians have lost their lives when the alleged U.S.-led coalition launched an aerial attack purportedly against a position of the Daesh Takfiri terrorist group in Syria's northern province of Aleppo.

The so-called Syrian Observatory for Human Rights said the airstrike struck the city of Manbij, located 446 kilometers (277 miles) north of the capital Damascus, on Thursday.  The London-based monitoring group added that eleven children were among the victims.

The development came more than a week after at least 15 civilians, including three children, lost their lives in U.S. airstrikes against suspected Daesh positions in the same Syrian city.

Ten members of a family also lost their lives on May 21, when the U.S. bombarded the village of Arshaf, which lies just eight kilometers from the embattled town of Marea, the Local Coordination Committees of Syria said.  And on May 16, three children and a woman were killed in eastern Syria in airstrikes conducted by the U.S.-led coalition.

The United States has been conducting airstrikes against what are said to be the Daesh terrorists inside Syria since September 2014 without a United Nations mandate, and without any authorization from Damascus or coordination with Syrian authorities.  Washington has repeatedly been accused of targeting and killing civilians and it has been largely incapable of fulfilling its declared aim of destroying Daesh.