Cubans Residing in Europe Demand the Lifting of the US Blockade 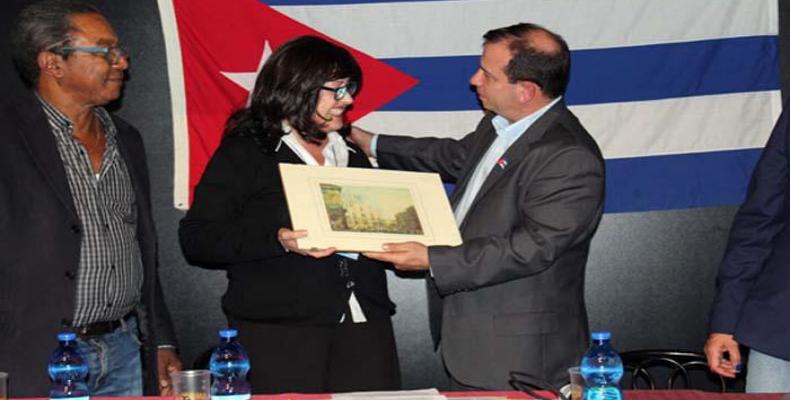 Milan, October 23 (RHC)--Participants at the 12th Encounter of Cuban Residents in Europe committed themselves to step up actions to demand the lifting of the US economic, financial and commercial blockade against the island.

Fernando Gonzalez, president of Cuban Institute of Friendship with the Peoples and Hero of the Republic of Cuba, attended the event that was held in Milan, Italy.

He told participants that their attendance showed that it does not matter where Cubans live if they take Cuba in their heart.

He also expressed his conviction that the meeting will contribute to reinforce the work of similar associations of Cubans living abroad.

In the two-day event, that wound up Sunday, more than 160 delegates paid tribute to the historic leader of the Cuban Revolution, Fidel Castro, and Commander Ernesto Che Guevara on the 50th anniversary of his death in Bolivia.

Besides the lifting of the blockade, the event´s final declaration also demanded the return to Cuban jurisdiction of the illegally occupied territory of the US Naval Base in Guantanamo, the respect of the island’s sovereignty and non-interference in its internal affairs.