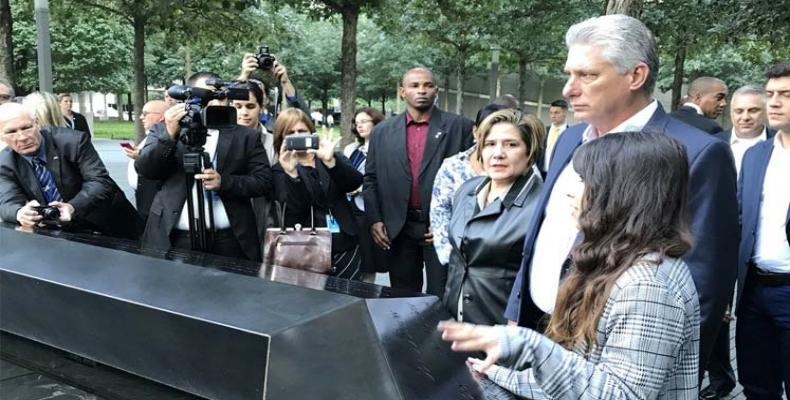 The presence of a Cuban delegation here means a tribute to the victims, and also the expression of the island's rejection of terrorism as a practice and of the causes generating it, he told the Cuban journalists covering the visit.

This is what we talked about at the United Nations a few days ago, he recalled—how capitalist domination and expansionist greed create grudge and hatred, the only possible explanation to things as terrible as the 9/11 attack in New York.