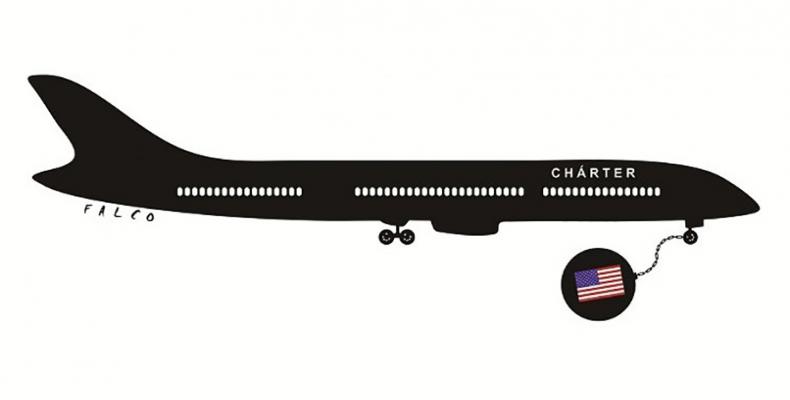 Havana, August 13 (RHC)-- The suspension by the United States of charter flights to Cuba announced Thursday plays with the concerns of Cubans on both sides of the Florida Straits and their needs for contacts with family members, said Carlos Fernandez de Cossío, the Director-General of U.S. Affairs at the Cuban Foreign Ministry.

In a tweet published by the Cuban Ministry of Foreign Affairs, Fernandez explained that Cuba rejects this measure and considers it to have little practical impact.

According to a statement released on Thursday by the U.S. Department of Transportation, it issued an order that will suspend all charter flights between the United States and all airports in Cuba, except for authorized public charters to and from Havana and other authorized charter flights for emergency medical purposes, search and rescue, and other travel deemed to be in the interest of the United States.

The text added that the measure was adopted at the request of the U.S. Department of State.  For most charter carriers, the suspension will allow a 60-day wind-down period and will become effective on October 13, 2020.

With this action, communication between the U.S. and Cuba is limited to commercial flights by airlines licensed to operate in Cuba, which can only and at Havana´s Jose Marti international airport.

The announcement takes place amid a complex context for Cuba and the world, as a result of the impact of COVID-19 on the world economy.