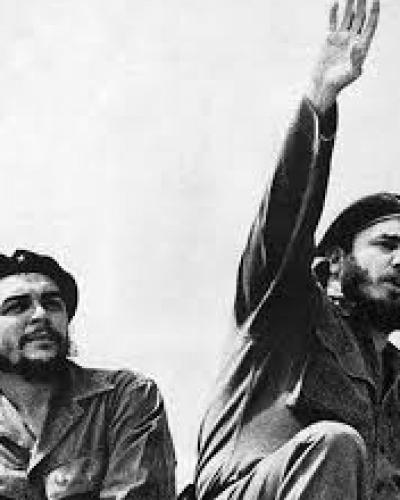 The Revolution was conceived by Fidel as a socialist revolution, not named as such, but promised in the form of concrete measures, such as agrarian reform, and in the form of a promise to take the control of the state from the foreign monopolies and the Cuban oligarchy and put it in the hands of those with the political will to act in defense of the interests and needs of the people.

The taking of power for the people required a radical agrarian reform, and not merely a partial agrarian reform involving the distribution of idle land, because the extensive ownership of agricultural land was the source of the political power over the Cuban state of the Cuban oligarchy and the foreign corporations. A radical agrarian reform program was not only the necessary base for improvement in the standard of living of the people, it also was the political basis for breaking the control of the Cuban state by the Cuban estate bourgeoisie and U.S. agricultural corporations.

But what characteristics would Cuban socialism take? In observing the evolution of the Cuban Revolution, we see Fidel made proposals concerning the direction that the popular socialist revolution could take, but he seemed to be aware that there were contingencies, and that much depended on the comportment of other actors, which he could not know with certainty in advance. Fidel, for example, expressed the hope for cooperation from the United States, proposing compensation for nationalized U.S. properties through an elevated Cuba-USA sugar trade. Years later, Fidel stated that he had anticipated that the initial U.S. reaction would be hostile, but he believed that the U.S. elite would eventually accept the Revolution as a political reality that did not threaten its fundamental interests. Indeed, it can be said that cooperation with a determined and politically viable popular socialist revolution was more consistent with long-term U.S. interests than continuous political conflict.

As is logical, the Cuban Revolution would have to adapt to the reality that would be forged by U.S. policy toward it, a policy that could not be known with certainty in advance. Had the United States adopted a policy of cooperation, there almost certainly would have been commerce between the two nations, inasmuch as this was being proposed by the Revolution. And there also may have been some U.S. companies operating in Cuba, taking into account the interests of the young Revolution in taking practical steps to facilitate the development of science and the productive economy.

It is reasonable to believe that the story of the Cuban popular socialist revolution would have been very different; if the U.S. power elite had possessed the capacity to see its long-term interests in cooperation, not only with socialist Cuba, but with all the forces for social change that were emerging from the neocolonized peoples.

In addition to the non-cooperation and hostility of the United States and the Cuban bourgeoisie, there also was the factor of the severing of relations with Cuba by Latin American governments, pressured to do so by the U.S. government. The rupture of Cuban relations with Latin America was fundamentally opposed to the Cuban revolutionary ideological orientation toward cooperation and unity among Latin American nations in opposition to imperialism, and it was also opposed to the Cuban and Third World concept of South-South cooperation and mutually beneficial trade among nations as a strategy for economic development.

The Cuban Revolution had to adapt to these conditions, which provided a context for the evolution of the characteristics of the Cuban socialism. At the same time, there was the factor of the embracing of the Cuban Revolution by the Soviet Union. To be sure, had Revolutionary Cuba found cooperation from the United States, it nonetheless would have insisted on its sovereign right to develop economic, political, and cultural relations with the Soviet Union. But it would have done in the context of a commitment to the diversification of its commercial partners and diplomatic relations.

Without cooperation from the United States, and severed from a potential Latin American South-South trade, Cuba sought to mobilize resources toward investments in scientific and industrial development that were oriented toward satisfaction of the basic needs of the population; priority was given to the formation of the human resources necessary for scientific and industrial development, through the expansion and improvement of education and public health.

The Cuban approach to development was called “equality at a low level,” inasmuch as it focused on the production of basic needs rather than luxury goods, and it attempted to ensure that everyone had access to the basic necessities. The approach required a high degree of collective consciousness and a will of sacrifice, inasmuch as the people were called to leave aside the irrational consumerism characteristic of the capitalist societies. Accordingly, Che Guevara´s concept of the “new man and woman” attained considerable influence. The Cuban approach required a vanguard of exemplary revolutionaries, leaders with advanced consciousness and high levels of commitment, whose comportment would be a model for others. This revolutionary vanguard was recruited from all classes, including professionals, urban workers, rural workers, agricultural cooperativists, and peasants.

As it evolved, the Cuban socialist project encountered obstacles, which required further adjustments. We will pursue these themes in subsequent episodes of Imperialism and Revolution.