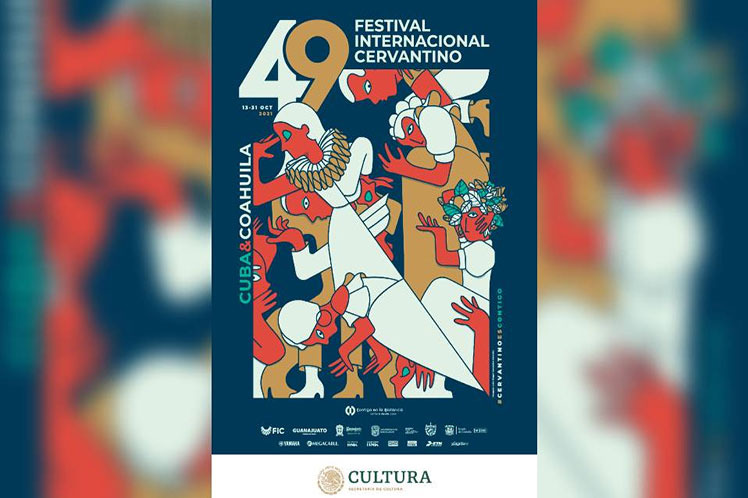 Guanajuato, Oct. 18 (RHC)-- Cuban Culture Minister Alpidio Alonso and members of the country’s delegation participating in the 49th edition of the Cervantino International Festival in Mexico were received over the weekend by the governor of the State of Veracruz.

The Mexican official took the opportunity to thank Cuba and its health professionals, members of Cuba’s Henry Reeve International Brigade of Doctors Specializing in Serious Epidemics and Disaster Situations, who travelled to Veracruz and worked shoulder to shoulder with the local health personnel through the worst wave of Covid-19 infections in the country.

Minister Alpidio Alonso pointed to the historical friendship ties between the two peoples, which are experiencing a new momentum under the presidency of Andrés Manuel López Obrador (AMLO).

The Cuban official recalled the time that Cuban National Hero José Martí spent in Veracruz, where he first arrived on February 8th, 1875. It was in Mexico, where Martí met his good friend Manuel Mercado.

Mexico was also the first Latin American nation, where Martí’s essay Nuestra América (Our America) was published on January 30th, 1891, exactly 29 days after it was published in the newspapers La Revista iIlustrada (New York City).

Minister Alpidio Alonso and the Cuban artists were received also by the mayor of Xalapa City, Pedro Hipólito, who, in an open council meeting, reaffirmed Mexico’s condemnation of the US nearly six-decade-old blockade policy toward Cuba and named the Cuban Culture Minister an illustrious visitor to Xalapa.

In accepting the high honor, Minister Alpidio Alonso assured that Cubans will never renounce their quest for social justice under the Revolution. He further said that Cubans will be forever grateful to the Mexican people for their long-standing solidarity and support.

The Cuban Culture Minister was also received at the Society of Mexican Composers, where he exchanged with local promoters of a Cuban-Mexican joint campaign to ask UNESCO to include bolero on its prestigious intangible cultural heritage list.