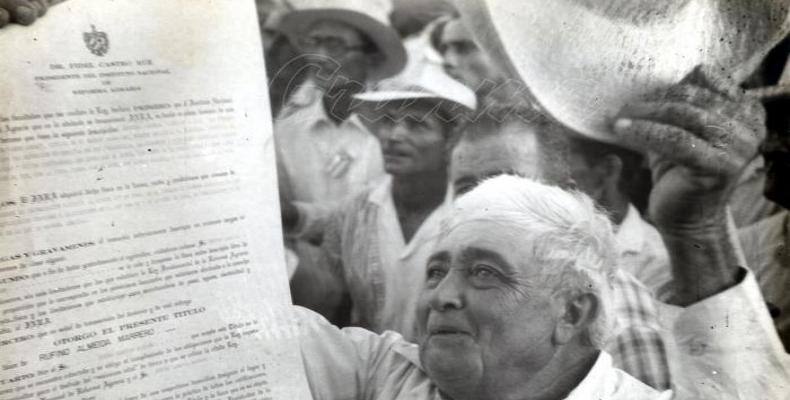 Bartolome Maso, May 19 (RHC)—Hundreds of peasants gathered in the mountainous locality of Providencia, in Granma province, to mark the 60th anniversary of the Agrarian Reform Law, one of the first legislations adopted after the triumph of the Revolution.

During the celebration, that was presided by the 2nd secretary of the Cuban Community Party, Ramon Machado Ventura, participants reminisced about how the historic leader of the Revolution, Fidel Castro, implemented one of the most radical measures of the time.

The legislation awarded titles of property of land to those who toiled it.

Speaking at the rally, Machado Ventura recalled Fidel Castro´s efforts to make people aware of the importance of the measure that the new born revolution was implementing.

“It doesn’t matter how the enemies of the revolution try to distort history today.The undisputed truth is that the Agrarian Reform, was an absolutely fair measure because it eliminated the hideous practice of big landowners. This action was a mandate by the 1940 Constitution, but no government prior to 1959 implemented it, demonstrating a total submission to the interests of the national oligarchy, and foreign monopolies,” Machado Ventura said.