The controversial Operation Artemis in Colombia 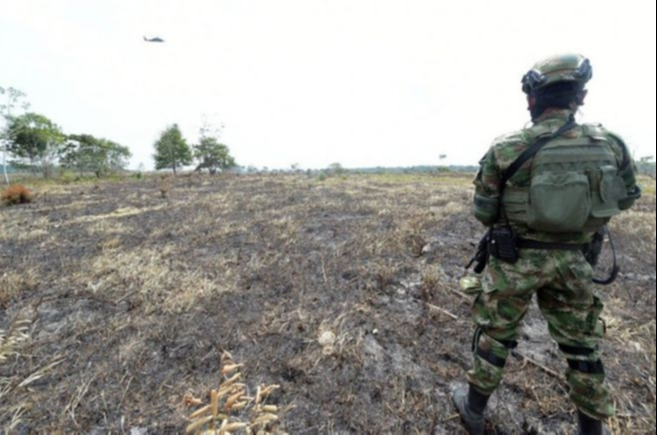 The so-called "Operation Artemis" has only succeeded in violating the human rights of indigenous people and peasants living in deep Colombia. Photo / El Espectador

About one-third of Colombia's original forest has been lost due to deforestation, according to UN data.  To stop this phenomenon, the government of President Iván Duque has resorted to the militarization of forested areas, and not to a comprehensive strategy that takes into account the criteria of rural communities, their development and their active participation in the preservation of this natural wealth.

In April 2019, the so-called "Operation Artemisa" was launched, which according to the authorities has managed to recover thousands of hectares, although there are many voices that claim that substantial resources have been invested and no progress can be seen.

The truth is that the government's plan has raised many questions and concerns in Colombian society.   The controversial operation does not take into account the inhabitants of these areas, who in many cases have been victims of violence by the army and police forces involved.

According to numerous complaints, communities have been run over and peasants and indigenous people have been brought to justice, without taking into account that many live in territories not located in protected areas and others were already there before they were declared as such.

The military and police have destroyed crops and homes, while invading homes in search of evidence of alleged crimes.

It is not the humble rural communities that are the cause of this large-scale deforestation; the phenomenon goes hand in hand with criminal groups seeking to provide land to plant coca and economic interests seeking to implement extensive cattle ranching and commercialize timber.

The Comunes Party affirmed that the so-called "Operation Artemisa" has only succeeded in violating the human rights of indigenous people and peasants who inhabit deep Colombia.

And it recalled that the mechanisms and strategies that contribute to environmental protection are contained in the Peace Agreement, signed in 2016 between the government of then President Juan Manuel Santos and the once guerrilla Revolutionary Armed Forces of Colombia-People's Army.

Since last year, there have been protests by peasants and Indigenous people in rejection of "Operation Artemis", which they point out affects those who barely survive on their crops.

The inhabitants of these areas ask to be heard and to have their opinions taken into account, as well as for the state to ensure the safety of environmental leaders, who are leaders in the communities for the care of the environment. In 2020 alone, 65 were murdered.

But the government strategy, experts stress, should be accompanied by major transformations in rural areas, such as access to land and state investment to improve living conditions in these communities.

Operation Artemisa" continues to raise eyebrows in Colombia for its excessive use of force and violations of the rights of those living in protected areas, so far neglected by the government.