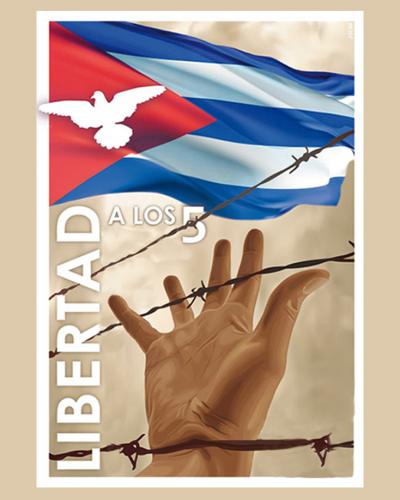 The Hague, November 27 (RHC) -– Cuban residents in The Netherlands held their 3rd National Forum in The Hague, and issued a declaration demanding the end of the over-50-year U.S. blockade against their homeland and the release of three Cuban anti-terrorist fighters held in U.S. prisons since 1998.

The National Conference, organized by the Hola-Cuba Association and the island's embassy in The Netherlands, was presided over by Cuban ambassador Fermin Quiñonez and General Consul Digna Tey, according to information released by the diplomatic mission.

The forum updated participants on Cuban reality, including new migration and customs regulations and stressed the role being played by the Cuban community overseas in support of the fight against the unilateral and extraterritorial blockade imposed by Washington.

Coordinators of Hola-Cuba association, Gretter Leon and Dainis Torres, read the final declaration of the encounter and the accords adopted at the 9th Meeting of Cubans residents in Europe, held last October in Vienna, Austria.

The Final Declaration backs the call by Cubans in Europe to unite against the U.S. blockade and for the release of Antonio Guerrero, Gerardo Hernandez and Ramon Labañino, who are serving unfair prison sentences in the United States.

The document also proposes that the regional organization of Cubans in Europe should send a request at the United Nations demanding the lifting of Washington's measure. It also expresses the determination to keep defending Cuban sovereignty and work to keep instilling in the new generations of Cubans the knowledge of their country´s history, culture, and principles of national identity.