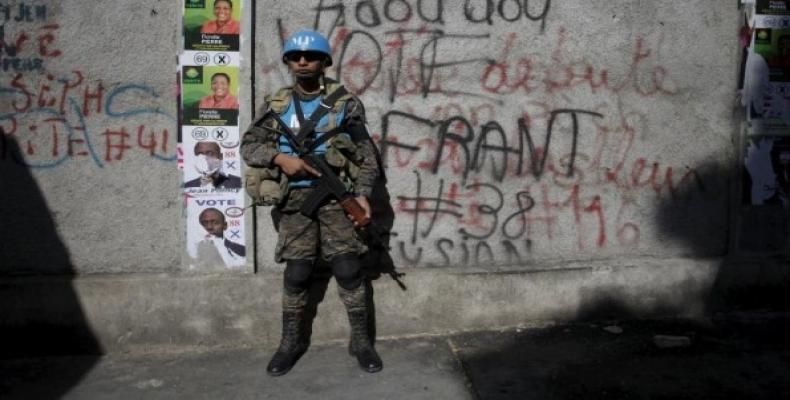 "As we had committed, in April, the Uruguayan troops in the peace mission in Haiti, will return to Uruguay," Vazquez told a cabinet meeting on Monday.

The Uruguayan army contingent is ready "so that when the United Nations has the transport to bring our troops, they will return home. The active exercise of the peace mission will cease at the end of March," said Vazquez.

In December, the Uruguayan parliament had approved an extension until April 15 for the Uruguayan contingent's participation in Minustah, which has been operating for 12 years.

At its peak, Uruguay had up to 1,000 troops participating in the initiative but this currently stands at 200 soldiers.