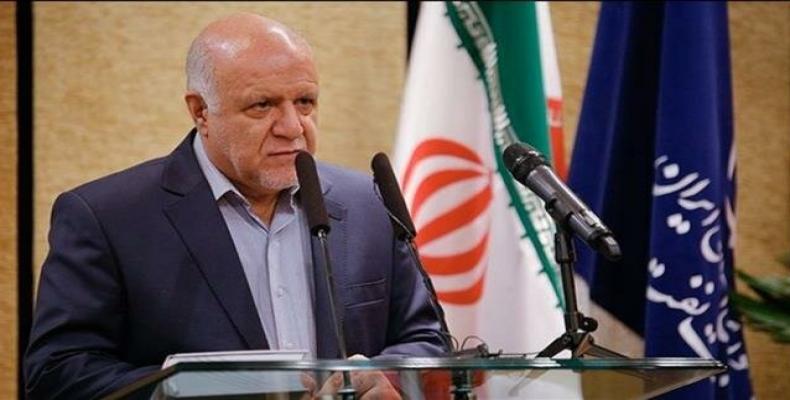 Tehran, April 29 (RHC)-- Iranian Minister of Petroleum Bijan Zangeneh has strongly criticized the U.S. and its allies for using oil as a political “weapon” to put more economic pressure on the Islamic Republic, emphasizing, however, that Washington will never be able to achieve its “dream” of cutting Tehran’s oil exports to “zero.”

“Definitely, [the U.S.] dream of bringing Iran’s oil exports to zero will never come true and we will work with full force toward breaking America’s sanctions,” Zangeneh told a parliamentary session in Tehran.

“The situation of oil supply and demand is very fragile in the current circumstances and statements by the U.S. and its allies expose their concerns over the market’s reaction,” said the minister, after Washington announced it would be ending waivers that allow eight countries to buy Iranian oil without facing Washington’s sanctions.

“The United States, Saudi Arabia and the United Arab Emirates ... along with our friends and allies, are committed to ensuring that global oil markets remain adequately supplied,” the White House statement said, adding, “We have agreed to take timely action to assure that global demand is met as all Iranian oil is removed from the market.

Zangeneh, however, described the oil market as “unpredictable” and said “it is not possible to rest assured that enough oil will be produced because regional countries announce production capacities beyond the real levels.”

The U.S. and its regional allies “made a big mistake by politicizing oil and using it as a weapon,” the minister said.  He added the U.S. is today waging an “aggressive war” against Iran, the main target of which is the Islamic Republic’s oil sector, calling on all Iranians to join hands and help the country overcome the challenges.